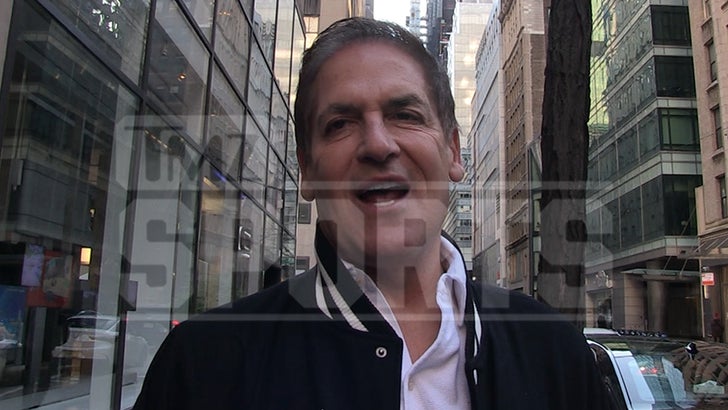 FTX might be doomed, but Mark Cuban isn’t giving up on crypto just yet … telling TMZ Sports there’s still a ton of value in the digital currency, despite the exchange’s massive crisis.

We spoke with the billionaire Mavs owner out in NYC this week … and he told us that even amidst difficult times, he believes cryptocurrency still has relevance when appropriately used.

“Separate the signal from the noise,” Cuban said. “There’s been a lot of people making a lot of mistakes, but it doesn’t change the underlying value.”

Cuban said that as long as consumers have viable options in the crypto world, he doesn’t foresee the currency going into the tank.

We asked Mark about Bankman-Fried, who’s accused of creating the fraudulent cryptocurrency scheme intended to take advantage of investors, and the billionaire thinks jail time is imminent for the 30-year-old.

“I don’t know all the details, but if I were him, I’d be afraid of going to jail for a long time,” Cuban said. “I talked to the guy and thought he was smart.”

“I had no idea he was going to take other people’s money and put it to his personal use.”

Finally, we asked Cuban about Elon Musk and his impact on Twitter since acquiring the platform … and Mark says Elon is doing what Elon does best.